We were black, beyond the visible spectrum, beyond civilization. Our history was inferior because we were inferior, which is to say our bodies were inferior. And our inferior bodies could not possibly be accorded the same respect as those that built the West. Would it not be better, then, if our bodies were civilized, improved, and put to some legitimate Christian use?

Ta-Nehisi Coates, “Letter to My Son”

We live in a culture that is testing the church’s credibility.

Before you do anything else, go and read Ta-Nehisi Coates’ “Letter to My Son”. Block out some time in your schedule if you have to; it’s a long read. Do not look away. Do not put it down. Read it to the end.

I read it this morning, before I got up, and I was still turning it over in my mind when I arrived at church. I therefore owe our visiting priest an apology because the only thing I gleaned from his homily today was the above comment about the church’s credibility.

Now, the church in the United States is a very broad, very fragmented, and, sadly, very segregated institution. We already lack credibility in our collective inability to get along as “one body”. If the American church were to be summed up in one word, “schismatic” is as good as any. However, the more I hear from voices like Mr. Coates’, the more I realize that the white majority of the church has yet to meaningfully reckon with its role in the darkest pages of American history. Until such a reckoning occurs, the American church will remain fundamentally incredible.

One hundred and fifty years after the Civil War, white American Christians have a tendency to wave our hands in dismissal of the Christians who argued and fought in support of chattel slavery. We say things like: “That’s ancient history.” “Our nation has moved past that.” “We’re more enlightened now.” “Why bring up such an ugly subject in polite company?”

Even less thought and conversation is given towards what our Christian forebears did to the Native Americans.

But it’s not ancient history; black people have been free for less time than they were enslaved. (And can you even count the years under Jim Crow as freedom?) America has not “moved past that”; we have buried the skeletons in the closet, but their blood continues to cry out from the ground for justice. If we’re more enlightened now, please explain to me why American Christians are more supportive of institutionalized torture than people who are not religious? We must bring up these ugly subjects because otherwise we will never move past them, and our children will suffer their consequences to the third and the fourth generation.

The reality is that America is a country that was conquered through the systematic massacre of its native peoples and built on the backs of slaves, and we, the enlightened white Christian majority who are so grateful that racism is a thing of the past – we have a black President now, you know – every day we reap the tangible and intangible benefits of the pernicious, white supremacist system that our forefathers constructed.

We do not have to concern ourselves about driving while black.

We do not have to concern ourselves about redlining.

We do not have to give our sons The Talk.

Until the majority of the church can figure out how to put our white privilege to appropriate use – until we’re even able to admit that we are privileged by the sole virtue of our whiteness – the American church will remain fundamentally incredible.

You do not have to look far in America to find a church proudly displaying the Stars and Stripes. For many of us in the white majority of the church, our identity as Americans is stronger than our identity as Christians. We put our faith in our Second Amendment rights, drape our crosses and altars with red, white, and blue, and we preach American exceptionalism. How many of America’s churches didn’t incorporate patriotic music into their worship services this July 4th weekend? The ones that didn’t are probably all full of godless liberals, amiright?

Yet America is a violent country, born of a violent heritage. We have a higher violent death rate (10 per 100,000) than any other wealthy country. We don’t even have reliable records of how many people our police forces kill. (At least 1149 people were killed by police in the U.S. in 2014. By comparison, police in the U.K. have killed 27 people so far this century.) Our foreign policy has not evolved much from Theodore Roosevelt’s soft words and big sticks, except these days we don’t bother much with the soft words. Prince of Peace, we hardly knew ye. God bless America.

Until we unwrap ourselves from the blinding tangles of unexamined patriotism, the American church will remain fundamentally incredible. 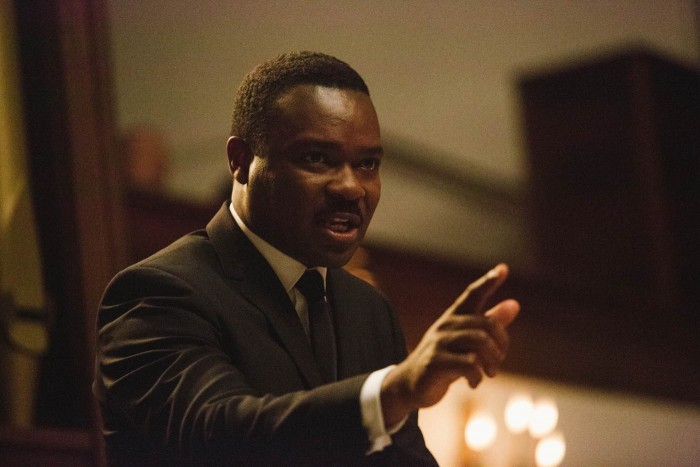 What do you want to do with your life?

Career-wise, I’ve always had trouble coming up with a satisfactory answer. The first vocation that I aspired to was Architect, on account of how much fun I had sketching out floor plans and elevations when I should have been paying attention in middle school math class. I gave that up when I found out how much work you had to do in order to become an architect, and how small your chances were of landing a job when you got there. Also, because math.

Throughout high school, my interests turned towards playing with words and I found that I liked writing well enough to go to university and study English with a view towards journalism. The journalism part didn’t stick, but I added a History/Political Science major to my degree, mostly because it shared a significant number of core courses with the English major but also because why not? Upon graduating I promptly ignored my freshly minted English/History/Poli-Sci credentials and embarked on a zig-zag career of web design, insurance sales and IT jobs. While my top-level plans for  making enough money to get by have never been in sharp focus, I have two corrective lenses for the way I look at the day-to-day business of living.

Their names are Gabriel and Rhys.

It’s such a cliché to say that parenthood changes your life, because of course it does. Even if you think you’re ready for the changes in lifestyle, sleep quality and disposable income, it’s still a shock when a brand new little human arrives. But I’ve been a father for almost seven years, so life before kids is in the realm of hazy memory. What is more profound is how fatherhood has changed me.

In my short tenure as an insurance salesman, I learned that the prospect of five-figure quarterly commission checks was not enough to get me through the soul-crushing tedium of cold-calling pages of old leads. I suppose it was useful to find out that I’m not well-motivated by money, so I don’t consider that year completely wasted. However, that was before my kids came along. If my circumstances should change, and calling people who may or may not have once expressed a passing interest in buying health insurance is the only way I can feed my children, then get ready to leave a message, because I’ll either be on the phone or working on my closing technique.

I used to only look at finances when considering a large purchase or new hobby (and sometimes not even then—hello credit card!) These days, I look at the time cost as well. On one hand, it’s definitely good for my boys if I’m around to love them and take an interest in their lives instead of going off and doing my own thing. On the other, my own life would diminish if I made less time for them. Just this morning, Rhys told me to turn up the radio because “that’s my jam!” Who wants to go waste time on vain pursuits and miss gems like that moment?

Most of all, my boys make me want to be an example. I want to see them grow up and become righteous young men, and the only way I know to make that happen is to be so myself. I want them to treat others with respect and love, so I try to keep my words gentle and kind. I want them to value people over things, so I try to avoid frivolous spending. I want them to know Christ and see how a lively faith can change the world, so I examine myself and wrestle with the unbelief and apathy that I find there.

I fail in these endeavors every day, but therein lies the best lesson I can give them. It’s okay to stumble, to fall, to throw your hands up in the air and admit you don’t have a clue what you’re doing. But then by God’s grace you get back up and keep on going.

One of the traditions that I love about the Episcopal church is how much emphasis is given to the public reading of Scripture. In any given Sunday-morning service, we are treated to all of the following:

The readings are prescribed according to the lectionary, which is “a table of readings from Scripture appointed to be read at public worship.” A number of bloggers and podcasts are in the habit of hosting a discussion of the upcoming Sunday’s readings. I thought I would contribute by recording the readings for anyone who cares to listen. Here is the story of Pentecost from Acts 2, and this week’s Gospel reading from John 20. Let me know if you find this useful!